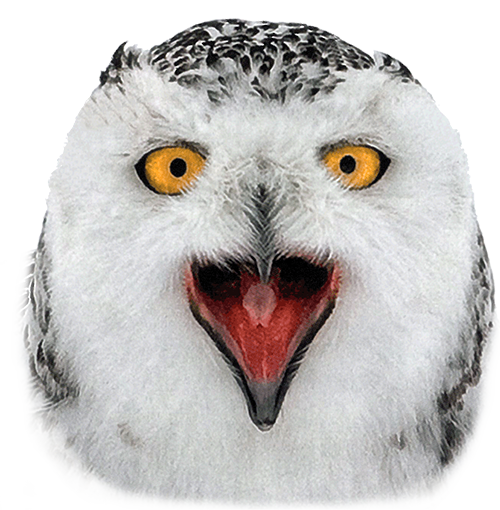 The snowy owl nests in open tundra from the tree-line and northwards or, in the case of in Fennoscandia, on mountain plateaus. As the owls start to nest relatively early in the spring, nests are positioned in raised parts of the terrain which are free of snow early in the season. Nests have been found at various elevations, ranging from close to sea level to inland mountain slopes. As described by Murie (1929), nests are normally built at altitudes of under 300 m a.s.l. However, in both Norway and in Sweden, snowy owls can nest at sites 1,000 – 1,500 m a.s.l. (Hagen 1952, Bannermann 1957, Watson 1957, Cramp 1985). In low-arctic habitats in North America nesting habitat is usually dominated by tussocks and dense, low bushes (Parmalee 1992). Detailed descriptions of nesting habitats are given in Potapov & Sale (2012) and in Portenko (1972). In Fennoscandia snowy owls find the best breeding areas in nutrient-rich marshes and wetland areas in a mosaic of moraine deposits. In addition to being free of snow early in the season, the large mounds of gravel and moraine provide the snowy owl with good vantage points for both hunting as well as for guarding the nest. Marshes and wetland areas also provide access to prey such as small mammals and wetland birds. If the small mammal population crashes during the brood-rearing period, then snowy owls can to a degree compensate for this by hunting wetland birds in order to provide food for their young (Solheim 1994). In this way, a male snowy owl managed to rear a brood in 2007 after the small mammal population collapsed in June / July (Jari Peltomäki pers. comm.). In 2011 a nest was found along the edge of the upper parts of a valley in the mountainous tundra in Norway (own data). Breeding in such habitat has not previously been described from Norway, but is more typical in parts of Russia (see e.g. Pozdnyakov & Sofronov 2005, Morozov 2005). A number of snowy owl nest were also found in lower and more vegetation-rich terrain in Norway in 2011 than is typical (Norwegian snowy owl project).

There are a number of records of snowy owls nesting in what can be considered as more atypical nesting habitats. In 1996, in the Lena delta, Russia, a nest was discovered on the flat roof of an old trapping hut, and a further nest was found under a dead tree that had been washed up when the river flooded in spring. In addition, nests have also been found on top of overgrown driftwood, as well as on top of the remains of arctic fox traps (Pozdnyakov & Sofronov 2005). One of the nesting areas in Finland is in an area of palsa (Hakala et al. 2006), an area not unlike the species’ preferred nesting habitat in North America. There are also a number of records of nesting in atypical habitats in Norway. A pair may have nested in the island archipelago of Lovundvær, Nordland between 1957 and 1960, where the find of an egg has been reported (Meyer 1995). Two nests from Øyerfjellene, Oppland in 1891 were found in willow scrub in a moist area (Haftorn 1971). The university lecturer Bengt Christiansen is reported in Hagen (1965) as having received a report of a snowy owl nest in 1956 which was situated in moss-covered, drier habitat in Porsanger, Finnmark about 3-4 km from the coast, and at an elevation of 60-80 m a.s.l.. Jacobsen (2005) presents details of possible breeding records of snowy owls from marshes in the birch forest zone. Although one cannot completely exclude the possibility that these are records of snowy owl, it is nevertheless likely that these observations refer in fact to short-eared owls. The records are from habitats more typical for nesting short-eared owls rather than for snowy owls, so species misidentification cannot be ruled out.